Fertilisation covers all stages which result in the fusion of a mature oocyte and a spermatozoid (also known as the male and female gametes) as a single cell known as a zygote, which will then form the embryo following a succession of divisions. It is when this fusion takes place that the mother’s and the father’s chromosomes mix.

Stages of preparing for the gametes to meet

It is only possible for the gametes to meet if certain conditions of place and time are met.

When ovulation takes place, the cumulus-oocyte complex, made up of the mature oocyte or ovule surrounded by several layers of cells, is expelled outside the ovary and then captured by the Fallopian tube. It is then quickly taken to a zone of the Fallopian tube known as the tube ampulla, where it will stay for about 24 hours.

The fertilisability period is the period of the menstrual cycle during which sexual relations allow fertilisation and pregnancy may follow. This depends on the date of ovulation and the time the gametes survive. Since spermatozoids may survive for up to 3 or 4 days in the genitalia and an oocyte may be fertilised up to about 24 hours after its ovulation, the fertilisability period will be no more than 5 days.

The penetration of the spermatozoid into the oocyte triggers a set of processes collectively known as oocyte activation which results in the first division taking place. About 6 to 7 hours after the gametes have met, two male and female pronuclei appear in the fertilised oocyte, granting it its name, the zygote.

In the case of in vitro fertilisation (IVF), whether the pronuclei have appeared is checked, to ensure that fertilisation has taken place normally.

Then the pronuclei disappear to prepare the first embryo division. On average, this takes place 30 to 36 hours after the contact between the spermatozoid and the cumulus-oocyte complex and leads to the formation of a two-blastomer (cell) embryo.

For the first week of its development, the embryo develops independently. This period associates a cell division period with migration from the fertilisation site (Fallopian tube) to the implant site, the uterine cavity.

After the first division, the next few divisions then follow on about every 20 hours. They take place without any increase in the total volume of the embryo, still surrounded by the striated membrane, with ever-smaller embryo cells or blastomers.

By the 4th day of development, the embryo may have anything from 12 to 32 blastomers. The embryo is termed a morula as soon as it becomes difficult to accurately count the blastomers constituting it.

By the 5th day of development, a fluid cavity known as a blastocele gradually forms within the compacted morula. The embryo takes the name blastocyst, and is made up of two rows of cells:

– peripheral cells known as trophectoderm, which will form the future placenta;

– cells of the inner cellular mass, located within the embryo, which will form the embryo itself.

The blastocyst will then increase in size: this is expansion stage. This will cause the striated membrane to become fragile: it has thinned and will break. This hatching, which takes place on the 6th day of embryo development, is vital as it will enable the blastocyst, which has now moved from the Fallopian tube to the uterine cavity, to begin the nesting process (the embryo attaches to the endometrium (the mucous membrane which covers the uterine cavity)).

In IVF, hatching may be facilitated by artificial creation of a gap in the striated membrane (mechanically, chemically or using laser): we refer to assisted hatching or hatching. Although controversial and it has not been found to be effective, the technique is sometimes proposed in certain situations where implanting has failed. 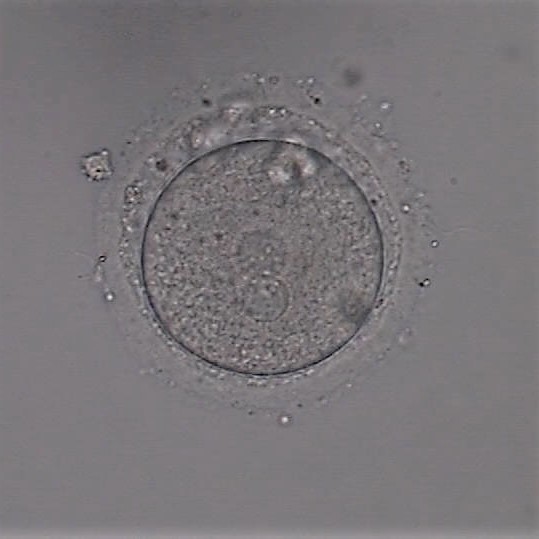 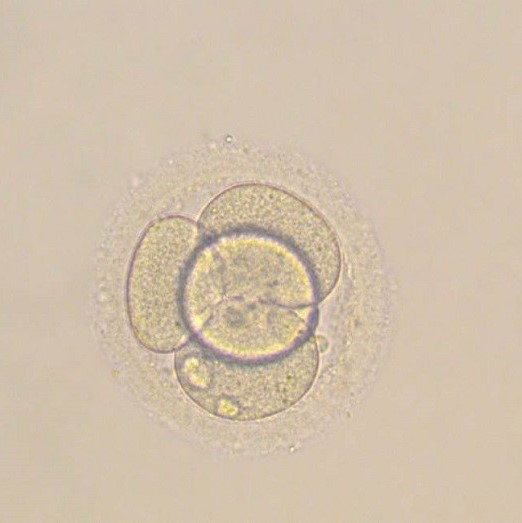 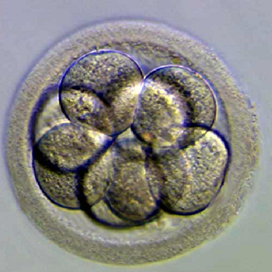 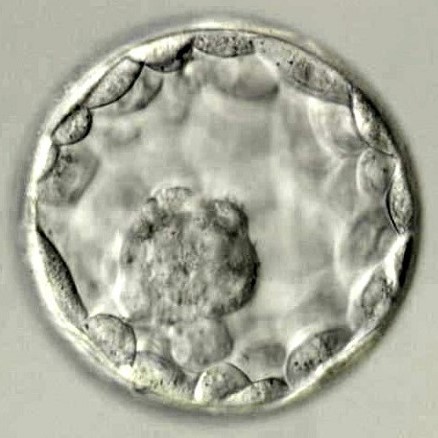